Everybody needs beauty as well as bread, places to play in and pray in where nature may heal  and cheer and give strength to the body and soul. — John Muir 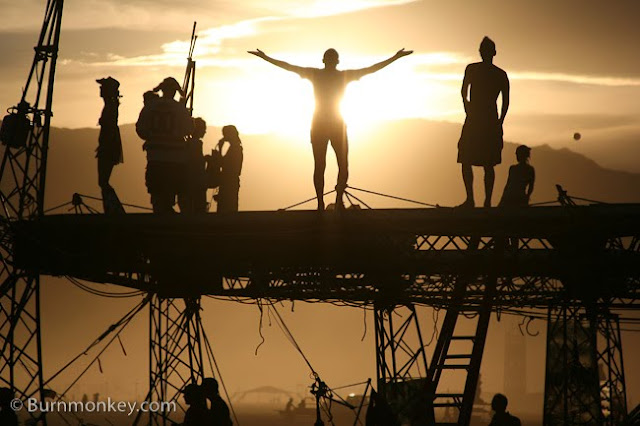 This will likely be my last post before heading into the wild, wild west.

Promise me you'll miss me when I'm gone and that you'll read me (again) when I return. 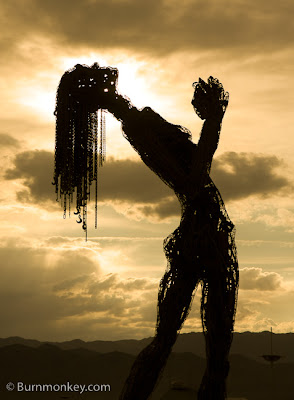 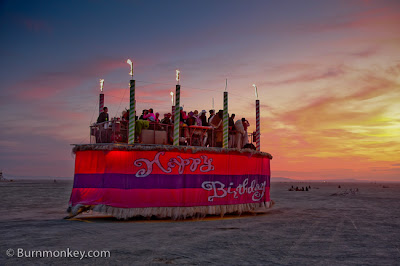 Each year I walk away from the experience mentally and physically exhausted but knowing that I took part in something BIG. 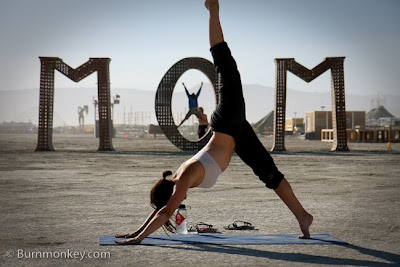 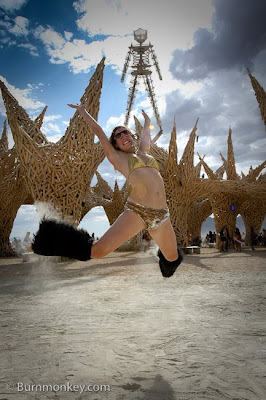 The human connections are deep and sincere.  People give freely of themselves. 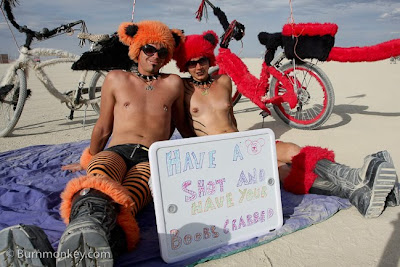 I'd go if for no other reason then to photograph the art and the people.  Both, are amazing! 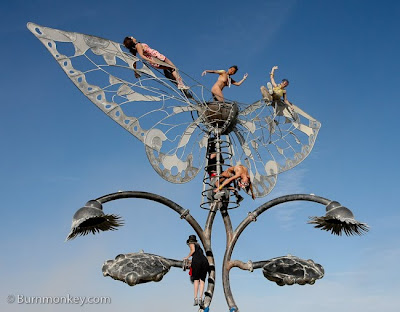 Exactly how many people does it take to build a temporary city in the middle of a barren, wasteland?  50,000
And we each play a vital role in making this city thrive! 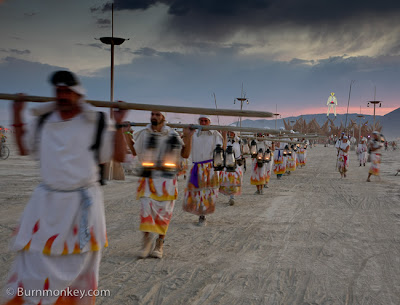 Simply put, it's radical self reliance... 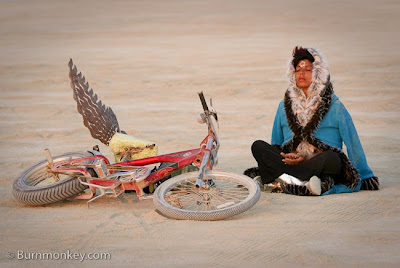 and radical self expression... 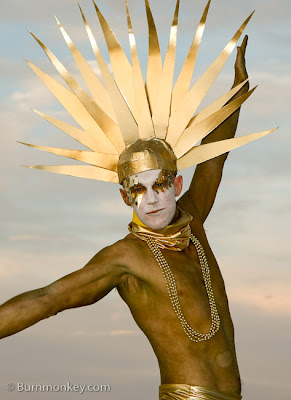 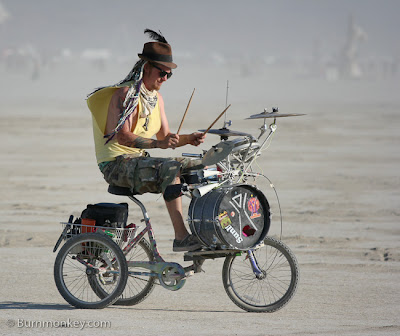 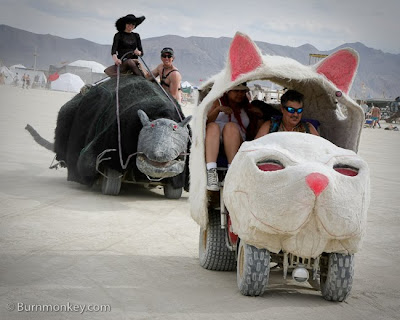 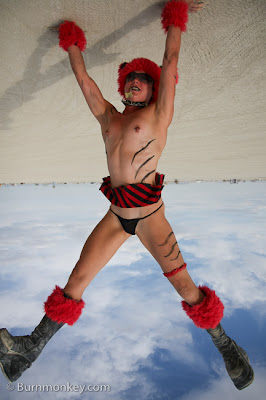 This year I am taking part in a project called WDYDWYD? - A worldwide comminity-art project that combines image and text when asking the simple question "why do YOU do what you do?"  I'll be taking pictures and acting as a "conversationalist" - trying to get people to reach down deep and pull up something real, raw, and true to themselves. 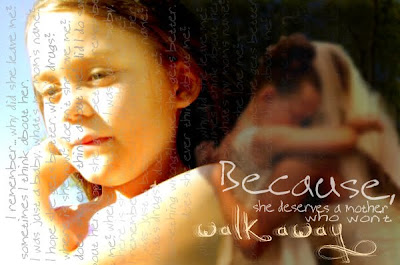 by Renee Benes | graphic design & mother
I will also be taking part in Live Brush Strokes, a living design collaborative painting using GPS technology, people and data visualization software.  I will be one of many who will be wearing a GPS tracking device during Burning Man that will track my movement and translate it into a visual narrative.  How cool is THAT! 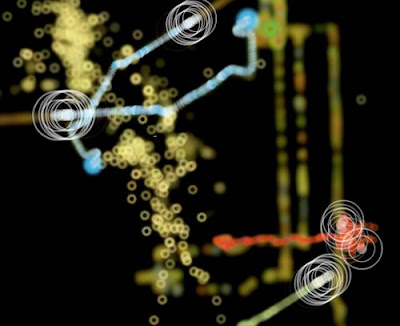 
One of my favorite things to do at Burning Man is something called Monkey Chant. MOnkey Chant is an amazing kinesthetic meditation where movement and overlapping vocalizations come together.   It's energizing and entertaining. 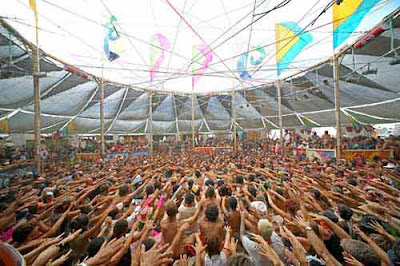 Monkey Chant at Center Camp photo by Gabe Kirchheimer
Each year at Burning Man a Temple is constructed so that people have a place to reflect and honor those they have lost.  This years Temple is called Temple of Flux.   My gift to the Temple is a collection of letters, pictures, poems and names submitted by people who have lost someone they love to suicide.  My project is called Love Letters to the Temple.  This will be my 6th year compiling the book. 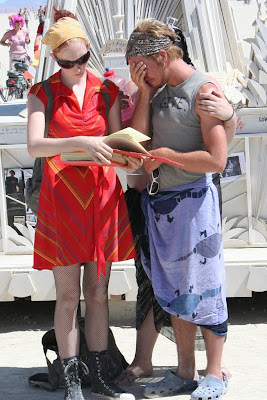 This year a talented artist and Burner, Frederick Jay (aka Jaybird) has dedicated one of his amazing Temple flowers to my son Kerry.   Thank you Jaybird! 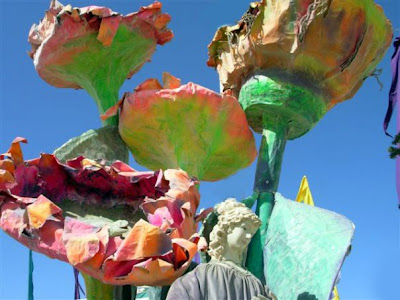 I will be spending the next week sewing, packing and fine tuning all the projects and preparation necessary to make this amazing journey inward, outward, upward and beyond!
Until next time....  Monkey Love and Laughter,  Shannon 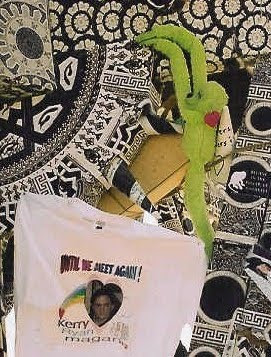 The original Green Monkey tagged with a red heart - Temple of Honor - Burning Man 2003
Someday I hope to meet the person who placed the monkey inside the temple and sparked the beginning of my healing.
AMAZING photo's by Phil Steele at BurningMonkey.com
Gabe Kirchheimer at Gabekphoto.com
and Monkey ME 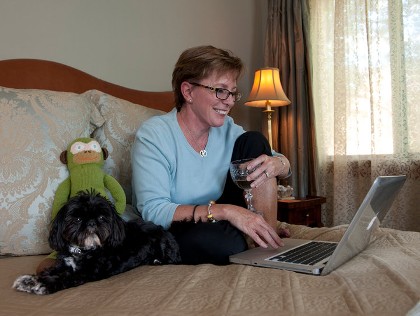 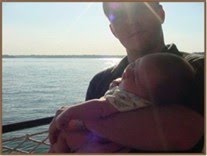 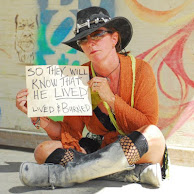 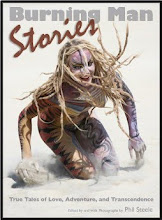